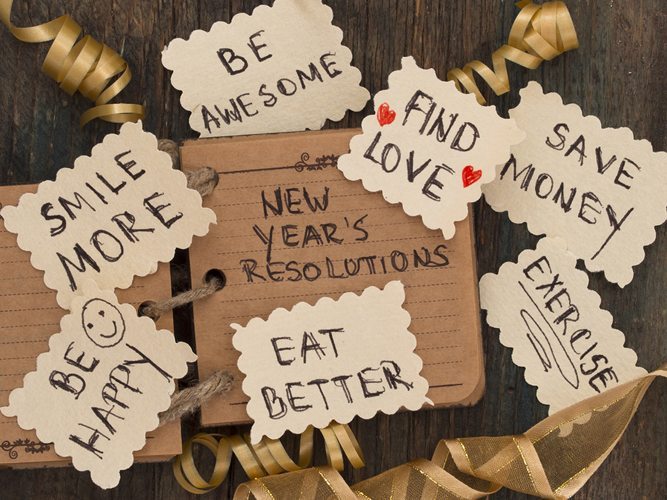 I’m pretty terrible at New Year’s resolutions. I think that goes for most of us; otherwise, if we were all awesome at getting things done, making (and breaking) goals and resolutions wouldn’t be an annual thing, right?

For the past several years, I swapped out resolutions for one-word intentions. Instead of resolving to work out more or drink more water or write every day, I did the trendy thing and tried to sum up an entire year of intentional living in one word – single words that are meaningful and inspiring and super vague, like deliberate and space. Sounds extremely open to interpretation and wiggle room, right?

This strategy gave me room to not be too hard on myself like I would be for breaking those other, hard-set resolutions like “eat something green every day.” (Do green M&Ms count?) And these loose intention words gave me broad enough strokes to apply to every aspect of my life: my faith, my professional life, my creative life, my life as a mom and wife.

Unfortunately, those years I picked one nebulous word didn’t work out so well, either. There was just too much room for error, and nothing got accomplished.

So this year I’m hoping to land somewhere in between. There are dozens of things I would like to have accomplished come December 31, 2016, but I know creating those tight lists just sets me up for failure. I just know in some way (some probably miniscule way), that by December 2016, I want to be better in everything I spend my life doing. Not better AT everything. Better IN everything.

What I mean is, the things I want to build my life around are the things in which I want to thrive – those places where I want to be my best self for the people who make up my heart, who deserve so much more. I want to be a present wife and mother and daughter and sister and friend; I want to be a consistent writer; I want to be a faithful, wide-eyed follower of Christ. You know, the stuff legacies are made of.

So this new year? Aerosmith said it best: I don’t want to miss a thing.

« “Thanks for the Gift — I Hate It!”
Making Resolutions That Stick (For Kids!) »