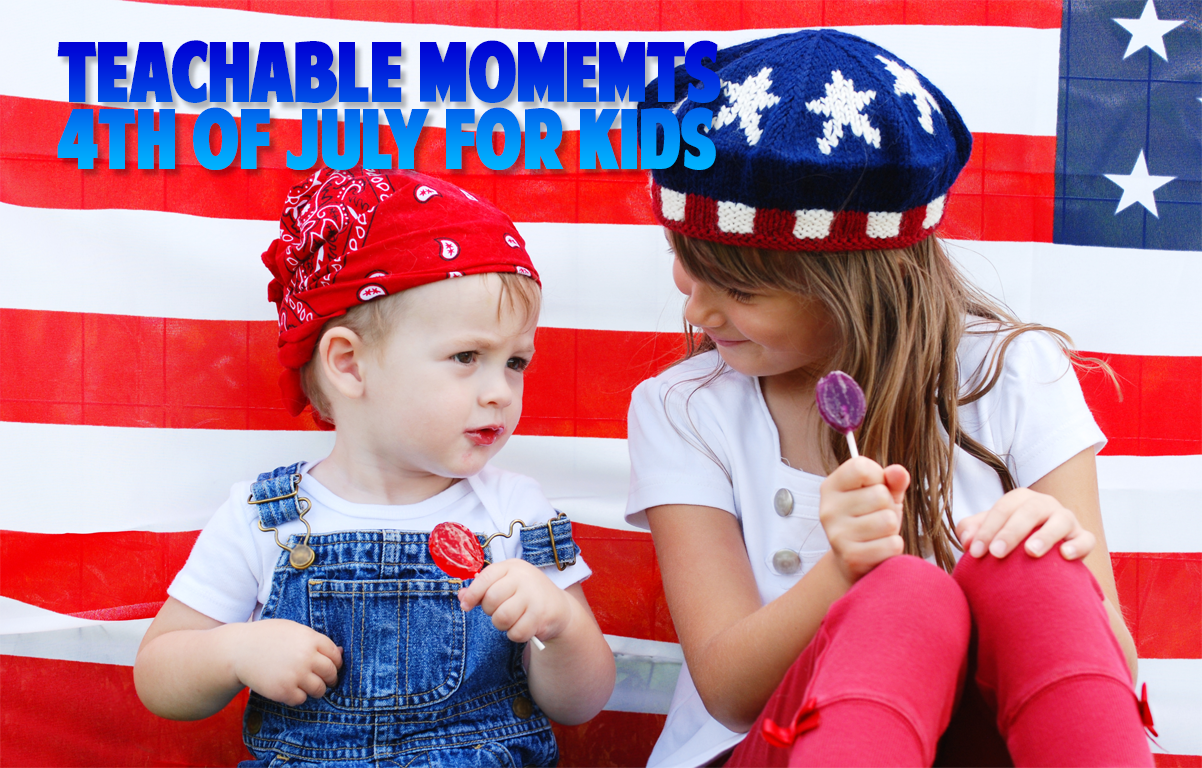 Your child is never too young to learn about the meaning of the 4th of July. My educational philosophy is throw it out there and if it sticks great; if it doesn’t stick that’s great too. Each time your child hears the information it will make a little more sense and children are much smarter than we give them credit for. Make the 4th of July a great opportunity for a teachable moment by following a few suggestions that will work well with your child.

Early map of north-east America, printed in England in 1795.

Start With a Map

Start here even though this is an abstract concept. It’s important to give context. Show your child a map of the world and have them draw a circle around England. Talk about the 13 original colonies while you have your child draw circles around the on the map. If you live in a state that was not one of the original 13 draw a circle around your state in a different color. Your child will now have a visual reference to the story and a concept of the ocean separating the nations.

Put the story in a language your child can understand. Achieve this easily by abbreviating the key points. Your child already knows about Kings and Queens and they know there are rules that must be followed. Start telling the story with the King. Include these key points in your story.

We found some great children’s books using the alphabet to help children learn about the history of our country. Authors Tanya Lee Stone and Wendy Cheyette Lewison make history come alive with stories geared for the young mind.

A is For America

I really love that rhyming words were used in her story telling. It is easy to understand and children will soon be able to repeat the rhyming couplets.

F is for Flag

L is for Liberty

The Fourth of July Story

Older children will enjoy Alice Dalgliesh’s book about the 4th of July with fantastic illustrations.

It’s important for your child to understand the meaning of the American flag. Each symbol on the flag has meaning and its design has changed over the years because of those meanings.  This is what our flag looked like when we were 13 states in 1777 compared to today’s flag.

Questions to ask your child about the American Flag

Teach your kid all about the flag and flag etiquette by taking a look at this wonderful site and then making an American Flag out of Legos.

The simplest way to explain the flag is that it represents the American team. Each star represents a state in our country. When we see the flag it reminds us that we are the luckiest people in the world because we live in a country where we can decide together what rules we want to follow. We live in the best country in the world!

Design your own family flag with your kids. It’s fun and a great learning activity. Don’t skip out on this national holiday being a teachable moment for the 4th of July for Kids. How do you celebrate with your kids? Pulling together a neighborhood 4th of July parade would be a great idea!